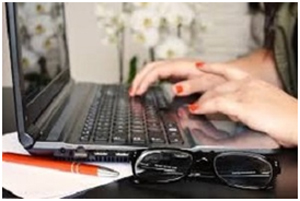 Yellow frogs and a Bulging door

Long life! Durable! Adjectives normally used to describe a good piece of furniture and often are the ones that are curated with a personal touch, pièce de résistance. So was this desk – covered in a dark brown laminated sheet – extending its stylishness from being an ordinary table to a writing-desk par excellence. Whether I became a nerd or a writer overnight, is a different story for another rainy day.

This particular desk is not antique but might have become one a hundred years from now, given its elegant outlook. It was dusted and cared for like a baby just out of the womb. But then time is never in one’s hands. A few house shifts and a drag was all it needed to break its leg when an insignificant bush wedged itself in the sliding lift door.

And it was then that this old man, the carpenter, arrived. He wasn’t as old as he appeared, only weathered by life – a grizzly, unshaven jaw, few white strands and well-built legs. His job was to fix broken pieces and glue estranged parts. He took a thin ligament to join the slashed hamstring. He was also unrelentingly brutal, especially when monsoon arrived. I wasn’t aware of how smoothly he could cut through soft, damp flesh. I am talking about doors, doors that are vulnerable to weather conditions, doors that are immature and naïve, doors that are not consistent, doors that lack compassion, the doors which humans use to enter and retreat…doors that expand and shrink, doors of the inside.

It rained. Rained hard. Hard, harder, hardest. The land could absorb no more water. I wondered if there could be a day, when the sun rushed out of its closet, some of the water evaporating and with passing time the land would also gulp more and more of the muddy liquid. However, all that was Plan B, you know the ifs and buts.

I stared at the mini pond behind my house. Rain seemed not to stop. Some say it was the season of rains, others opinionated that it was a Corona thing – the loss of the industrialized world was the gain of Nature. I pursed my mouth and stared at the unending downpour all through the evening.

As night fell, the sound of rain was orchestrated with croaks, the familiar croaks, I assumed. Croaks bulwarked their way and mitigated the proverbial chirps and stridulations by cicadas, crickets and the entire nocturnal clan. What was so interesting about it? Well, early morning the croaks grew even louder like an army of troops emerging out of the bushes to fight us, the humans. It wasn’t my imagination; it was for real and was rather disturbing. There were large, larger, largest frogs – yellow bull frogs – tens and hundreds of them.

Yellow is one of the brightest colors on the color wheel; its intensity illumining the surroundings. I knew the yellow of sunflowers, of chrysanthemums, of lemons and the wee garden butterflies in early spring. How could I forget the yellow of the Bodhi tree, of sunshine, of empathy, of happiness and of creation?

Yellow frogs were never a part of my encyclopedia. I never knew that frogs could change color, all to attract attention, the louder their croaks the better their chances of mating. It was indeed a sight – incredible or sickening (for the onlooker to decide).

After nearly three days of rain, I couldn't close the door. It bulged like never before, perhaps the love of moisture laden winds on hardened wood. The carpenter arrived to saw a part of the soft heart. It was then that he told me that he no longer worked for the same proprietor. Why? He was retired. He was a part of the Corona layoffs. Then why was he attending to my bulging door, when he should have been resting at home, his vulnerable age and his physical body at risk. He added that he does private work for them. Did his age decrease by chance? Was he less vulnerable post retirement? Or was he always vulnerable?

He gave me a solution to my ever bulging door – a weather proof polish that forms a protective covering and does not allow humidity to get the better of my door or me. With ample layers of defense, swelling or shrinking, how does that matter anymore? I visualized the less appeasing side of yellow – lurking in the garb of corona was betrayal, egoism, madness, jaundice, pestilence.

I was at the mercy of the bulging door that bulged and bulged every season, trying to teach me the science of love, however much I slashed it’s heart – Nature's inimitable style – the resonance of yellow frogs and the smell of damp wood. C’est la vie!