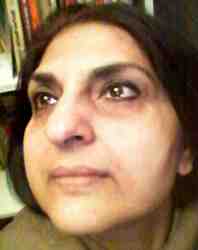 32,000 feet closer to the moon, water hangs in
mother-of-pearl clouds outside the miniature window of the plane
raining obscure threatening silence, before
the white synthetic lid closes over the temperature-controlled starburst-spotted pane.

When heavenly bodies blaze, what remains is fine grime.

I hot trail out and in through the brilliant crystals. Go everywhere, nowhere, in the
constricted upright economy seat, bewildered by slack cord
to lose myself in the pushed-back position.

People flood aisles and rows, licking their tongue around the lips of their intent.
They whisper of ancient crowns, then turn around and frown at the forsaken and the betrayed.

Perhaps there was a sign. Jumping air in low gravity, I
claw at the window shade, pierce into the dark energy, dark matter
Beyond to rifle heart and stay the past. Star fish hands,
those splats of ice against cold glass grit
my eyes. Thick as night. Pestle to memory.
Sip crunched glass in soft cup. Allow people to say anything, do anything. Even leave.
Scrape breath down window shade, panic surreptitiously—
people fork piping-hot plastic food into their face, others sleep calmly
ear buds and eye patch in place, neck in a u-roll
study the look of families
mothers who stay.
Desire eludes me. Or is it fate?
There is no sign.

Thirteen hours of cerebration and redaction like the Apollo project through its lunar mission.

To that cruel city, where eagles winter in sun spots that blaze not heat, but rather cold fire. Like
a body in a departing soul, or
my mother as my father saw her last:
one hand reaching out as she lay upon the bed she slept,
his feverish rubbing of her frail chest, and her last rush to answer his call.

Little mouth-shaped white clouds appear and disappear, tiny shooting points of light weave through dark and white. Sweltering streets. The hunt and the chase. Mud thuds, then softens. Into vivid sounds and smells of yesterday. Wound and aid. I sing to anyone who listens. Resist the stain of mortality. Wear memory as shroud, death mask, Desire. To my master, I
Surrender.

Squirming in the small seat, with its cushion that doubles as a flotation device, half-heard flight attendants’ voices ring in my ears, then fall, float, sink under
the seat belt like renegade foam subsides into the beach after a tidal wave. The depths are so low, so tired, just like cold fire. Skin howls as body separates, home a place where now phantoms dwell, seeking forever signs passed over, failed;
heart stumbles, then races under whip, turning unsaid, unframed, not-yet-imagined
conversations on starry nights on jute cots, that magic gaze across a paper fan in late afternoon heat, that spoonful of glycodin after midnight. Curled tight over wafer board, I
Churn. Curdle. Scatter.

Cheek and breast, you and I, like the pellucid moon
in synchronous rotation. Fire heartbeat with heartbeat.
I am made of your milk, your blood; the only milk and blood that matter.
My blood, my ink industrious still mark
the near side. So I suspend my trolls and suit my cast for tomorrow and evermore, as heaven-sent bulbul distant calls, Remember me tonight.

As the holy fire soaks the air, the tumid priest hisses in fits and starts, releasing prayer upon us all. Woman, you must wait this hour, not ceaselessly call. Old Singer war horse must rest. All riders go home. One cannot detain life. Pastures of field and even cloth must succumb to time’s crawl. Small wants reek of here and speak sin and thrall. But God again calling, the cells in my throat burn in the bitter heat of abandonment.

Upon my chest, the brick of desire sits like my mother kerbside at the local granary, patient underneath a drooping awning in sweltering afternoon heat.
While others slow down, sleep, you
select the freshly-washed and dried threshed grain sitting in tall jute bags,
direct the women working the white muslin sheets, the dark metal sieves, the wide-mouthed cane trays, as they winnow the chaff.
Husks brown the air, chattering women color it with song, half-naked children punctuate the street with joyous shrieks; all the while
the flour-coated miller, puffing in the wind of the table fan behind his polyester clothes, meticulously grinds the grain - one handful at a time.
Swish, swish, swish, grind.
“Come on, don’t dawdle now. My children are waiting, I must get home soon.”

By way of interference, Truth glares like the sun.
Dares us to look at it, then strikes us blind.
I now perform in procession, manner clandestine,
cutting a faint trail - of perfume - through fickle time.
Buy me some photochromic lenses or the finest of silken veils, let me look
through that filter of leaves or pose me right to see that vignette between
those branches in thicket deep.
Lay me down upon the earth and feel dust spin. Cull desire.

In Spring, the winds from west, east, north and south
rolled and roiled, began to gather speed; all
was discontent.

In Summer, the unleashed wind blew wrathfully
through space, widening crevice to chasm; no place
was holy.

In Autumn, grown turgid with wet monsoon heat, the wind
seethed slowly behind doors; it wreaked its vengeance
in blood.

In Winter, bitter in immurement, the restless wind
tried hard to settle down; we slowly had to
walk away.

Sometime late in Autumn, cool winds begin their dance down the north-west plain, local streets glitter, recognizable for miles, like a delirious bride.

Two days before, words begin to swell and roll like powerful ocean waves.

The day before, moon on brow, a procession passes in the street, with the five beloved and the raised holy book. Yellow brass bands herd devotees showcasing the gone and the living, ragis sing hymns while the congregation, like returning soldier ants, strike the chorus.

On the birthday of the first guru, after forty-eight captive hours, the local congregation unclenches its silence. This is the day when tears tremble in individual droplets before melding together and trundling forward. This is the moment when you contemplate your wounds
and worth in the holy water pooling in your softly bowled palms, then quickly shroud
it in your gut. But the few drops that escape the secret seams out
the question inside: Who will be my savior tonight?
If you lay your fears aside, share a gracious meal by the side of your new son or
sister, you can now sing. Let these hands, these bodies sing. Sing, I am yours. We are your
army, we will ride with you the nightmare.

But coming home to the whistle of a block of buildings, I see char and smoke and earth browned. Amritsar once again made battleground.
The moonlight shows in its shadows English lessons learned by rote.

My five hundred year old eyes read the false promises the night had drawn across my
windowpanes. Mourning, in crevices, what was, like lace fern just before it falls off a cliff.
The ground is stained with blood and the music has teeth.

Coming down Old Memorial Way, you will see proud India Gate towers big shoulders
over broken boys, dreams dead in sewers live now in blood roses in wreaths.
Good-bye George sleeps tonight with his cronies in that other park.
Along the pavement, on my own pilgrimage, I foot the steps of those red shoe soles: more thinking of that soft-cheeked boy who dragged his gaze when leaving home for the last time, that old father who curled and curled his fears into his mustache, that tender girl left behind her veil who became a widow in a photograph; eavesdrop the growls in a mother’s sigh, the beating at her chest, her stoic silences of grief; telescope planes as they zoom over the whine of the metro; lace face in noxious fumes side-by-side the bus, the car, the scooter-rikshaw, in full bellow.

As the dark sky thickens with cataract, blindness spreads like war zones in blackout time. It burns slowly like holy essence.

Tiger girls – straight lines, spheres and triangulations – perambulate by dark green canals and trees lining Rajpath in high-high heels and tight-tight braids. They know all the exact formulations of tying love knots in silken thread and forfeiting the body.
Boy lions – bronzed, golden and tanned – strut across Janpath in steel-toe boots and lower their tone to manly groan, adjust crotch, then get ready to break loose grenades.

The railway line was long aligned to Yamuna singing
but the streets are raw with the sounds of pain.
This road has a fence and the fence a fence-sitter whistling
silently                        at a parade of shadows.

In late afternoon, the blazing sun melts across the tar to lay down its golden staff. As Arjuna before the battle of Kurukshetra. Then night shakes out its red-purple cloak across the top of the Parliament House against the Delhi horizon, till stars shoot and tumble silver in wild disarray and the shadowed water swirls cosmic duty and faith. This is how God moves through our fears to mantle our fate, and we quiet our throats to fight and justify war.

Annihilation. What would it take to power its evolution?
Surgeons, pundits, philosophers and mother-wives have all tried to open arteries
that animate the heart, undo empyrean. Still,
atoms awake and expand triumphantly in motion,
germinating bombs like new fictions from reckless seedlings of old restrictions.

That roadside saint – the jamun seller with his blue-purple mound – spits seeds
sideways to hawk those luscious oblongs all day, then nighttime finds him with his back to the ruins of his life and curled tight under a thin sheet, like an earthworm in retreat from harsh winter wind and summer drought deep in some field of wheat.

Let the deaf Gods sleep. We will keep the light on for soldiers lost in history.