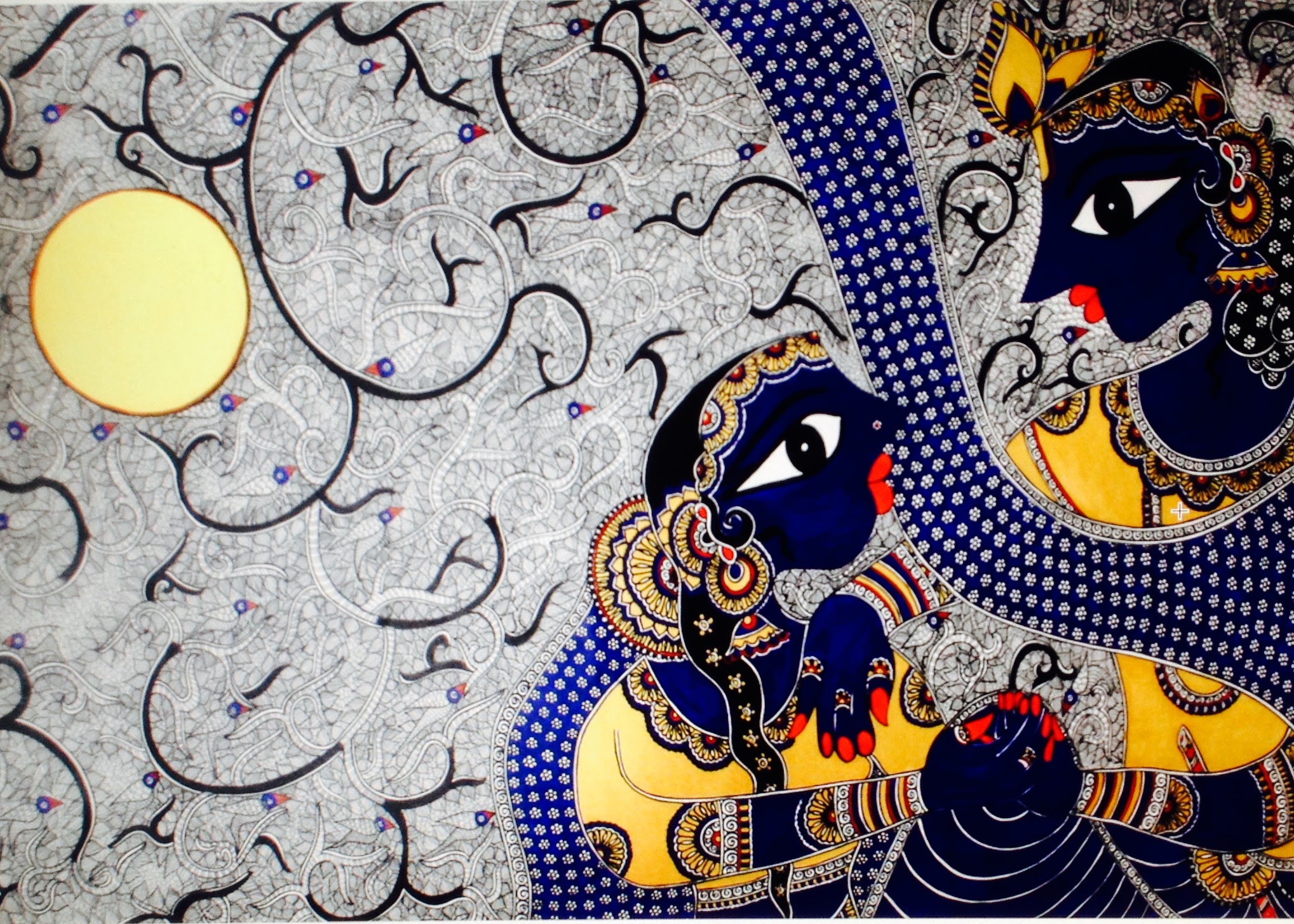 Of union with her and being away,
Absence I’ll choose any day.
When she’s with me, true, she’s there,
But in her absence, she’s everywhere.
Dharmakīrti

Her words are not yet tender with love
Nor, as yet, does she clasp him close
Why, she will not even permit
her hand to be held in his
Her smiling face will not look up at him—
But goosebumps give her joy away.
Kālidāsa

How lucky you are to so exclaim
about his face, his smile, and lips’ taste
When my lover’s hands approach my waist
I swear I forget my own name!

True, he didn’t mark your breasts with his nails
Necklace is intact, make up carefully kept the same way
He didn’t bite your lips, I’m sure, but these are details
Your blushes are enough, my dear, to give the game away!
Śrīmallakshmaṇasena

When my darling was away, you scoundrel, Night!
You stretched to swallow a million days
Now, somehow, he’s back all right
And into the day you sneak away.
Anon

RESPONSE TO AN APOLOGY

Why fall at my feet, my lord, you’re free to do as you please.
So you loved another for a while, you can be at ease
Women’s lords are their lives– they say that’s a fact
Let me apologise, it’s my fault that mine’s intact!
Bhāvadevī

Pretty girl! On which mountain peak
How long, penance of what technique
Did this little parrot perform to sink
His teeth into this fruit of your lips’ pink?
Dharmakīrti

She’s walking away
For the night has grown old
And she knows it’s time to leave.
Unfulfilled still, after the countless kisses and eager embraces
Of the night that passed
She turns back, her slender body twisting,
One foot on the ground, another pressing down on the bed,
And kisses her lover again.
Anon

Some of the greatest pleasures of Sanskrit poetry are also the greatest of a translator’s pains. Firstly, classical Sanskrit verse is purposefully compact. With its ability to create compound words (samāsas) at will, a verse of four lines achieves a degree of brevity that translations can only dream of. The compound word ‘priya-viyoga-vipatti-kāle’ in ‘Night, the Cheat’ means, ‘in the time of calamity brought on by separation from my beloved’, but such a translation would be long, cumbersome, and often much more prosaic. I have desisted, therefore, from a literal translation of every word in the source verse.

Secondly, Sanskrit verses are always metrical; and the meters themselves are diverse and enchanting. The meters used by the poet convey the tone by their very rhythm: playful, fierce, or melancholic. The dancing pace of the Drutavilambita metre, for instance, adds to the flirtatious tone in ‘A Pick-Up Line’. This too, is entirely impossible to replicate in the translations.

Thirdly, the section under which each verse appears in the erotic section of the anthology functions as an introduction to the verse and its context and tells us whether the heroine in question is amused or angry; with her husband or a secret lover. Since this is a much shorter extract, I have provided a title to each verse instead, to clarify the context in which it appears and make the meaning clearer. These verses are rich and evocative, and despite the inevitable problems in translating them, they speak out in a multitude of voices about the joys and sorrows of love in all its hues.